BANDAR SUNWAY: CRIME prevention has gone to the movies with the unveiling of an innovative docu-drama by the Selangor Police for cinema-goers providing tips on how to call for help. 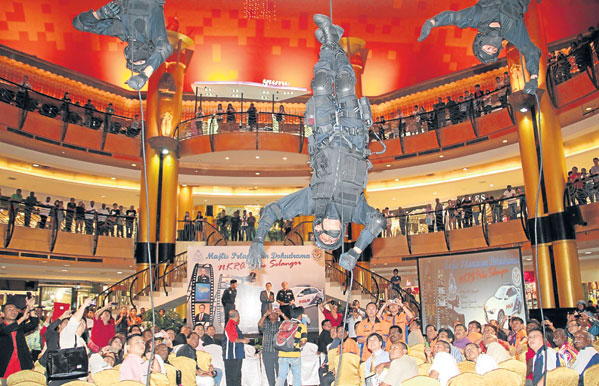 One hundred cinema halls in Selangor will be running this short but straight to the point public service announcement message on how the public can help by providing crucial information to the police when witnessing a suspicious activity or when they are caught in a life-threatening situation.

The docu-drama was unveiled at a simple ceremony in Sunway Pyramid by Selangor police chief DCP Dato Tun Hisan Tun Hamzah to members of the State’s community policing group and the public.

“We hope to create awareness amongst movie goers and drum home our message on crime prevention to them,” Dato Tun Hisan said.

He said the docu-drama would be aired in three formats – plasma screen (at the ticketing and queuing area); digital and reel.

“With funding from the Selangor chapter of the Malaysian Crime Prevention Foundation we have managed to produce this in our efforts to educate members of the public and also show them ways in which they could contact the police in the State.”

“It’s part of our strategy to ‘repeat, repeat, repeat’ our message to have it registered in the public’s mind on what to do when faced with a situation,” he added.

He said the crime rate in Selangor had dropped significantly in 2011 with a deline of 6,354 cases or 11.67% from the corresponding period the year before.

“We are now taking on a more advanced approach in line with our reaching out policy,” he added.

“The docu-drama will be used as an educational tool in many community initiatives to be organised soon.”

“We are all very concerned with our safety. We must work together with the police to keep crime rates down,” he said. 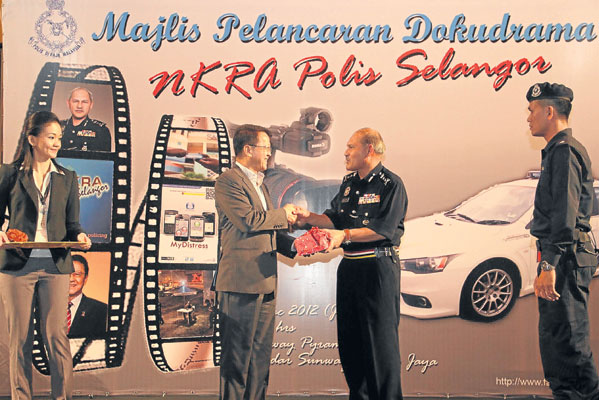